Florida, dubbed ‘the Sunshine State,' is a renowned tourist destination; given its proximity to both the Atlantic and Gulf of Mexico, it's unsurprising that the most south-eastern state in the United States is blessed with an abundance of breathtaking beaches.

Its major cities, including Miami, Fort Lauderdale, and Pensacola, are home to an abundance of excellent restaurants, hotels, and nightlife, and their idyllic environment alongside sparkling turquoise waters just adds to their appeal. Additionally, Florida is well-known for its abundance of theme parks, the most famous of which are Disney World, Universal Studios, and Sea World.

Along with its vibrant communities, the state's amazing national parks and gorgeous beaches provide tourists with an incredible variety of outdoor experiences and watersports to try.

With world-class attractions nestled alongside an abundance of world-class beaches, Florida offers the best of all worlds, which contributes to its appeal as a vacation destination.

Now, with almost 700 miles of stunning beaches, these are the 14 Best Clear Water Beaches In Florida. 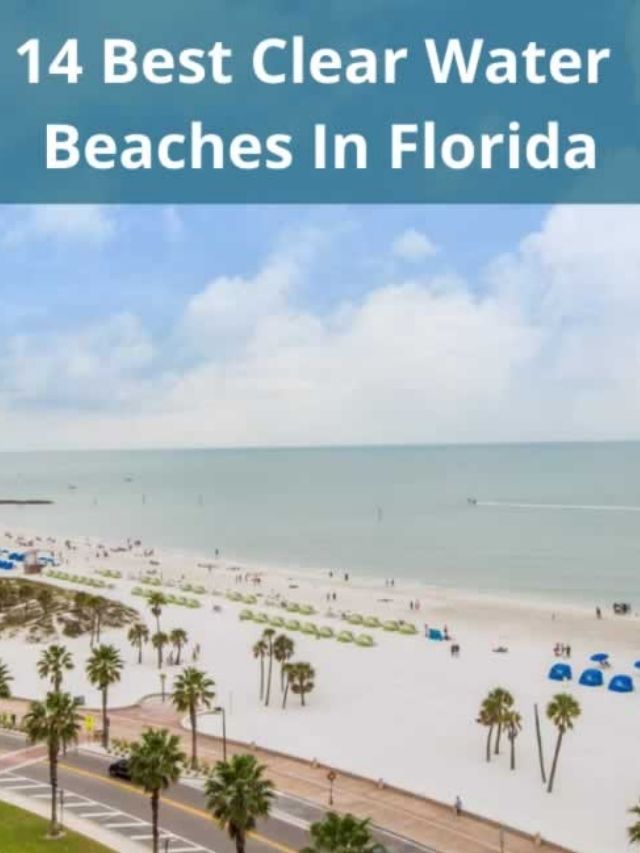 Clearwater Beach is a paradise of a beach to enjoy. It is located on the Gulf of Mexico and is just a short drive from Tampa if you wish to pair your beach visit with a city visit.

Clearwater Beach, one of the most beautiful beaches in Florida, if not the entire country, features lovely white sands for lounging. Each evening, a magnificent sunset bathes the glittering waters that surround it. Make your way to Pier 60 for the finest view of the sun setting.

As a popular beach resort, there is plenty to see and do, including the Clearwater Marine Aquarium. A very family-friendly destination, it offers a diverse selection of delectable restaurants, stores, and resorts, as well as a variety of watersports. All these and more makes it one of the Best Clear Water Beaches In Florida.

Panama City Beach, located in the Florida Panhandle, is a popular summer destination. The impressive 27-mile-long white-sand beach is a playground for all manner of activities.

Numerous local companies include adventurous activities such as jet ski and yacht rentals, paddle boarding, scuba diving, fishing charters, and sightseeing cruises. Additionally, there are many family-friendly attractions by the beach, including a water park, a dolphin park, and other activities.

Every summer, Aaron Bessant Park Amphitheater hosts free weekly concerts and a variety of annual festivals, including a pirate festival and a Mardi Gras in the theme of Florida. There are dog-friendly parks, like a dedicated doggie park, for those traveling with four-legged companions.

Pensacola Beach, situated on a thin barrier island just off the coast of mainland Florida, is an excellent vacation destination; there is plenty for everyone in the family. You can drink at one, try your hand at watersports at another, and end the night with a delicious seafood meal at yet another.

Casino Beach is unquestionably the most prominent, as it features the most attractions and a lovely pier along which you can walk while watching the sun set over the Gulf of Mexico.

If you've had your fill of lying on the sand and soaking up the sun, Fort Pickens is well worth a visit and is the city's second most popular attraction after its beaches. Built in the 1800s to defend Pensacola from invasion, the now-collapsing fort still looks quite majestic and is a significant historic landmark.

Siesta Beach, with some of the finest white powder sand in the world, seems to have been plucked from a travel catalog. It's unsurprising that it's received a host of prestigious awards for being one of the world's most stunning beaches.

The sparkling bright quartz beach is extremely large and vast, and is surrounded by the Gulf of Mexico's emerald waters. There are numerous fine restaurants, pubs, and hotels located throughout Siesta Key.

The barrier island is situated just off Florida's Treasure Coast and offers tourists a variety of watersports, recreational events, and entertainment opportunities, as well as a vibrant nightlife scene after the sun sets over this idyllic beach paradise.

The Pabst Blue Ribbon–strewn beaches, Hawaiian Tropic oil slicks, and crammed motels that once defined the spring break capital of yesteryear have vanished.

Billions of dollars in economic growth have been invested in eradicating the Where the Boys Are vibe and reimagining Fort Lauderdale Beach as an uncomplicated but refined alternative to Miami's beaches.

Since the busiest and most touristy segment runs parallel to Ocean Drive (between 5th and 15th Streets), residents gravitate toward the quieter sections south of 5th Street or north of 15th Street.

From 15th to 22nd Street, hotel beach clubs occupy the shoreline, but there is still plenty of room for everyone to lay down a towel. Consider staying at W South Beach, 1 Hotel South Beach or The Setai Miami Beach—all of which are 2020 Readers' Choice Award winners.

Bowman's Beach, which runs along the west coast of Sanibel Island, is delightfully undeveloped in contrast to the majority of Florida's other beaches, making it suitable for anyone seeking a relaxing getaway.

The area has a very natural feel to it; consequently, there is not a single hotel in sight. The primary objective here is to take in the breathtaking scenery and to explore some of the surrounding untouched nature parks.

Sanibel Island and its magnificent natural sights are particularly popular with families, birdwatchers, and shell collectors, and are situated not far from Fort Meyers if you ever feel the need to experience the luxuries of city life for a while.

On shore, this Gulf Coast beach impresses with more than 400 acres of fine, white sands and a wildlife-rich coastal dune lake, a geological feature found in just a few places on Earth.

Henderson Beach State Park, Destin is said to be one of the most picturesque stretches of the Gulf Islands National Seashore, a magnificent mosaic of barrier islands that stretches 160 miles across the Gulf of Mexico from Mississippi to the Florida panhandle.

Notably, this beach park is not only familiar with humans; it is also a preferred breeding site for green and loggerhead sea turtles, a recognized dolphin hotspot, and a feeding place for brown pelicans and black skimmers.

This unspoiled, 3.5-mile-long island has the sense of a massive sand bar reserved for the few fortunate visitors.

It enchants with its pristine surroundings—vast expanses of radiantly white dunes, cerulean waters, exquisite seashells, and an abundance of bird life.

You may reach the island via ferry from nearby Honeymoon Island State Park or by foot from adjoining Clearwater Beach (a major hurricane in 1985 dredged up enough sand to create a link between Caladesi and Clearwater). Perhaps even better? The more brave can rent kayaks from local outfitters on Honeymoon Island and paddle to Caladesi.

A 524-acre beach area with some of the best stretches of sand in the Florida Keys is located at the convergence of the Atlantic Ocean and the Gulf of Mexico.

Bahia Honda, located at mile marker 37 on US-1/Overseas Highway, is a must-stop on any road journey between Miami and Key West.

There are both isolated and more popular sunbathing areas, as well as good fishing, kayaking, and snorkeling options.

While on the beach, keep a watch out for the biggest remaining portion of Henry Flagler's elevated overseas railroad.

Miramar Beach, located just east of Destin, is sometimes lumped in with larger Destin, although it really has its own zip code and is even in a distinct county.

Naturally, this is apparent when you wander along picturesque Route 98.

There is one item, though, that seems to occupy tourists for hours on end – Silver Sands Premium Outlets. Locals and visitors frequently lose track of time at this shopper's paradise, which is located only a short walk from the beach and features 110 designer brand outlet stores.

The idea of visiting the coasts of California and Hawaii when looking for a good surfing location inevitably brings to mind the towns people who live in those locations.

The surf community in Florida is strong, too. What an example: Here on the East Coast, near coastal surfers' paradises that feature a plethora of waves, there are massive ledges that stretch for about four to five miles offshore.

Get yourself some proper surf gear and don't hesitate to immerse yourself in the surf culture of this small section of Florida, which has been praised by many as one of the US's top surf towns.

Fort DeSoto State Park, a naturalist's favorite, features an exceptional stretch of beach that has been preserved as a county park.

The park is comprised of five keys (islands) totaling more than 1,100 acres and is home to not only white-sand beaches but also a diverse array of critical ecological zones, including delicate mangrove swamps.

This is also important wildlife habitat, with its beaches serving as a nesting ground for loggerhead turtles from April to September and home to over 300 species of birds.

While the beach areas are equipped with lifeguards, picnic shelters, playgrounds, concession stands, and restrooms, the park also features miles of walking trails, two fishing piers, and a historic fort.

Where are the calmest beaches in Florida?

Which beaches offer the best snorkeling?

What is the most affordable beach town in Florida?

Florida's beaches are as accessible as they are exciting, and that's why it is ranked as the best sites to enjoy economical Florida beach vacations. 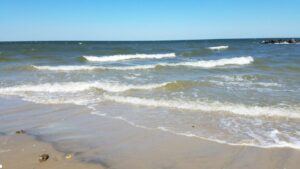 10 Private Beaches In Virginia You Probably Didn’t Know About 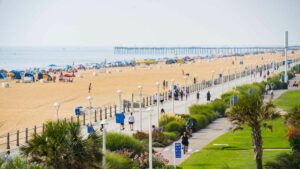 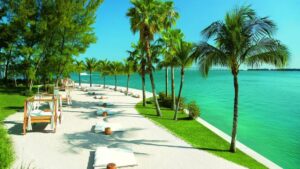 We use cookies on our website to give you the most relevant experience by remembering your preferences and repeat visits. By clicking “Accept”, you consent to the use of ALL the cookies.
.
Cookie SettingsAccept
Manage consent

This website uses cookies to improve your experience while you navigate through the website. Out of these, the cookies that are categorized as necessary are stored on your browser as they are essential for the working of basic functionalities of the website. We also use third-party cookies that help us analyze and understand how you use this website. These cookies will be stored in your browser only with your consent. You also have the option to opt-out of these cookies. But opting out of some of these cookies may affect your browsing experience.
Necessary Always Enabled
Necessary cookies are absolutely essential for the website to function properly. These cookies ensure basic functionalities and security features of the website, anonymously.
Functional
Functional cookies help to perform certain functionalities like sharing the content of the website on social media platforms, collect feedbacks, and other third-party features.
Performance
Performance cookies are used to understand and analyze the key performance indexes of the website which helps in delivering a better user experience for the visitors.
Analytics
Analytical cookies are used to understand how visitors interact with the website. These cookies help provide information on metrics the number of visitors, bounce rate, traffic source, etc.
Advertisement
Advertisement cookies are used to provide visitors with relevant ads and marketing campaigns. These cookies track visitors across websites and collect information to provide customized ads.
Others
Other uncategorized cookies are those that are being analyzed and have not been classified into a category as yet.
SAVE & ACCEPT

Get notified about new articles